Irish national nutrition surveys have shown there are high proportions of individuals, across all age groups, with inadequate intakes of key micronutrients (iron, zinc, vitamins A, D and B12). Lean red meat is rich in these critical micronutrients. The MTI research plan will undertake an investigation to highlight the nutritional and health benefits of Irish beef and lamb for Irish children and adults. This will provide the scientific evidence to enable formulation of accurate, truthful and positive messages about the role of meat in the health of the population throughout life. The MTI will provide evidence on whether meat can provide significant amounts of vitamin D to Irish individuals and whether increased meat consumption can off-set age-related muscle loss (sarcopenia) in older adults. 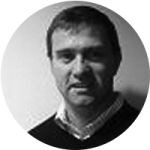 Professor Kevin Cashman has been a University lecturer and Principal Investigator in Nutrition for over 20 years. Trained in Ireland (Cork) and in the USA (USDA Human Nutrition Research Centre on Ageing at Tufts, Boston); he took up a lectureship post at University College Cork in 1993 and an Endowed Research Professorship at the University in 2000; this is a joint post between the School of Food and Nutritional Sciences and the Department of Medicine. He was Head of Department/School (2008-2013). His research interests focus on the key public health areas of vitamin D, including population distributions of serum 25(OH)D and related metabolites, dietary requirements for vitamin D in different population subgroups, food-based solutions for increasing vitamin D intake and status, and the role of vitamin D in health outcomes. He has over 130 publications; his work has contributed to current understanding of dietary vitamin D requirements and factors which affect same, as well as finding evidence-based dietary approaches for reaching the requirement estimates. Professor Cashman is the Joint Coordinator (together with Dr. Mairead Kiely) of a major European Commission-funded project on Food-based solutions for ‘Optimal vitamin D Nutrition and health through the life cycle (ODIN)’, which is a 31 partner collaborative project aimed at tackling vitamin D deficiency in Europe (2013-2017). His has provided the national data on serum 25(OH)D and metabolites for the Irish adult population and is a contributory partner to the North American NIH-led Vitamin D Standardization Programme. Recently (2011-current), Professor Cashman has served as a member of the UK Scientific Advisory Committee on Nutrition which is setting the nutritional recommendations (DRV) for vitamin D in the UK. He is an Associate Editor for the American Journal of Clinical Nutrition.