Painting a new direction for the Irish beef sector 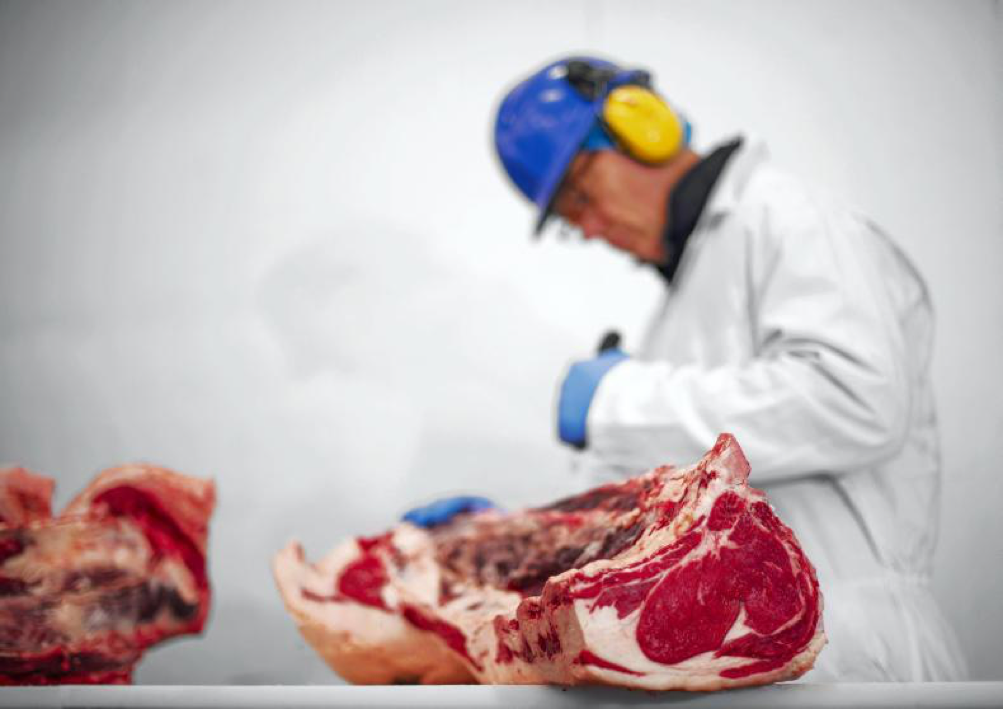 A UCD study found that Ireland lags behind other countries in investment in research and development.

It may seem strange to an Irish farmer, but the latest development strategy for Ireland’s meat processing industry is based around a concept developed by a company that no longer exists, which manufactured a product as far removed from meat as you could possibly think of – paint.

Perhaps even more unusual is the background of the man leading this new initiative known as Meat Technology Ireland, the research and development centre for the Irish meat processing sector launched in April this year.

Dr John Colreavy, a Longford native who grew up on a suckler beef farm, spent his formative years working in the UK paint and steel industries before completing a PhD in corrosion engineering. However, what Colreavy brings to this new entity aiming to support the future development of Ireland’s meat industry is a mindset for R&D and its application in commercial sales. Colreavy cut his teeth with Imperial Chemical Industries (ICI), the UK-based manufacturer of chemicals, fertilisers and paint that was acquired by Dutch firm Akzo Nobel in 2007 for close to €12bn.

“ICI were the very best knowledge business I’ve ever come across,” says Colreavy.

“They were a knowledge, science, chemistry business and they sold more commodity white paint than anybody on the planet because they had a better technical understanding of the product.

‘‘There was always a technical sell in there for the big customers they were engaged with,” he says.

Colreavy says that ICI was spending about 3% of annual turnover on R&D during the 1980s, which is about twice the level of spend on R&D that the average food company has today.

“White paint is white paint, but ICI had a very powerful R&D function because they understood really well that it’s about the next generation of products,” adds the Longford native. The difference in ICI was leadership and culture, according to Colreavy, who came back to Ireland in the late 1990s and found himself working in Enterprise Ireland (EI).

At the time, the Irish food sector was going through huge investment and Colreavy found himself working directly with the meat processing companies through the beef and sheepmeat fund.

While Colreavy has come from a business in the 1980s that sold commodity white paint, his vision for Ireland’s meat sector is firmly on premiumisation and selling the product based on the technical science to support that claim.

“We need to be premium wherever we’re competing. And we need to communicate our vision for meat in terms of what it means for health and sustainability,” says Colreavy. “Ireland is a sustainable-producing beef country. We’re not the same as everybody else. Irish beef is the BMW or the Mercedes of meat.”

Based at Teagasc’s research facility in Ashtown, Co Dublin, Meat Technology Ireland is a five-year research and innovation project that has more than €8m in funding. About 70% of this funding is coming from EI, with the remaining 30% (approximately €2.5m) coming from the nine meat processors involved in the project.

Colreavy says the biggest challenge to getting Meat Technology Ireland off the ground was getting nine meat competitors into the same room to work out a precise research plan. He says EI needed to challenge the ambition of the CEOs and create a space for the companies where they knew there were aspects of their business they didn’t need to discuss but there was plenty of common ground for them to engage in.

“I simply showed them what I had been doing for 25 years and the benefits it had to those companies,” Colreavy says.

However, Colreavy warned the beef companies there were major challenges facing the sector, even before Brexit, and there were also things they couldn’t do on their own. He says innovation knowledge capacity is low in food and quite low in the beef sector.

“No company today can recreate what ICI did because they cannot afford to do it now. Not even Proctor & Gamble or Nestlé. Instead, they’re all reaching out to the universities through these gateway research programmes,” says Colreavy.

The industry has developed a six-pillar strategy for Meat Technology Ireland that will serve as the key focus areas of research over the next five years (see panel below).

First of its kind

This type of collaboration between the industry and a state-sponsored research body is the first of its kind in the northern hemisphere, according to Colreavy. The nearest comparison is in Australia and is operated by Meat and Livestock Australia (MLA). Many of the Irish beef companies had been looking at what’s been going on in the dairy sector in terms of innovation and the projects they work on. He says some of the Irish beef companies have tremendous ambition for their businesses and realised they weren’t big enough to take on some of the research that Meat Technology Ireland plans to undertake.

Colreavy meets his steering committee four times a year, which is a board made up of the nine CEOs of the meat companies, the vice-presidents of research from each of the Irish universities involved in the programme, and the chair of Meat Technology Ireland John Malone, who is the former secretary general of the Department of Agriculture. “We’re project-managing the research on a monthly basis,” says Colreavy. “And that’s the difference in that it’s not a three-year research programme and at the end of the three years we’ll give you a report.”

He says that the advantage of Meat Technology Ireland is that its direct engagement with the meat companies allows the project to be more flexible and dynamic to react to changes or new opportunities in the marketplace.

1. ICBF is involved in all research on genetics and genomics. The research will focus on breeding for quality, tenderness and yield, and will be headed by Prof Donagh Berry, who Colreavy describes as the global leading expert in animal genetics and genomics. The expectation is that results can be achieved quickly given the size of the national genetics programme already in place. Before this, Colreavy explains there was no company big enough to make significant inroads on their own.

2. At present, most meat processing in factories is carried out to Australian standards. However, Colreavy feels these standards are widely open to interpretation. Instead, Meat Technology Ireland will focus on developing a new Irish standard of best practice around carcase management to achieve the best tenderness outcomes.

3. Irish beef companies are very concerned about shelf life risks because they are going into new markets. Up to now, the industry never really had to think outside of Europe in terms of sales. But with the US and China starting to open up, it throws up new challenges for meat companies in terms of extended shelf life. Again, Colreavy says that Meat Technology Ireland has a global expert in Teagasc’s Geraldine Duffy working on this part of the research.

4. Research will be undertaken to look at the new technology being implemented in other beef-producing countries such as Australia, where processors are starting to trial X-ray or CT machines for scanning beef carcases so the robot-cutting machine knows exactly where to cut into the carcase. Colreavy says the aim here is to investigate the merits of the technology and whether Ireland even has the scale to begin adapting it.

5. “Meat is getting a very bad sell in terms of health and it’s scientifically not correct,” says Colreavy, adding that on the food pyramid, meat is probably one of the most concentrated food groups in terms of constituents such as iron, zinc, vitamins A, B12 and D, as well as other proteins for a healthy diet. Colreavy says Meat Technology Ireland has a team of globally respected scientists such as Prof Kevin Cashman (UCC) working on the health nutrition side of meat.

6. This research will focus on finding greater added-value for the fifth quarter or other by-products of an animal. Colreavy says a very good example of this was the investment made by ABP in its Cahir facility, where it installed a food grade bone chip plant that produced a feedstock for the gelatine industry. He also points to one in five McDonald’s beef burgers sold in Europe being produced by Dawn Meats as added value