The sustainability agenda presents both threats and opportunities for Ireland’s meat industry. 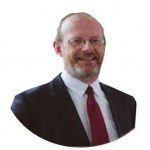 Over the last number of years, no sector of agriculture has found itself in the firing line quite as much as the global beef industry. Beef farming has found its sustainability credentials under attack on a number of fronts including its environmental impact, the water footprint of beef production, the food conversion efficiency of beef, as well as the impact of methane emissions from cattle on our planet.

Many climate activists have singled out an end to beef production as one of the quickest ways to reduce carbon emissions, while growth-hungry investors smelling disruption have ploughed billions of dollars into plant-based or fake meat companies, such as Impossible Foods or Beyond Meat.

For Ireland, the anti-beef sentiment that is being pushed on consumers by climate activists and influencers is a major threat. Not only is beef farming a core part of the social fabric of this country but it is also the backbone of Ireland’s rural economy.

Ireland’s beef sector contributes about €3bn to the Irish economy every year, provides 30,000 jobs directly to the economy and supports 100,000 farming families. For 2019, Irish beef exports stood at €2.25bn with 560,000t of beef shipped to world markets.

Ireland has a lot to lose if its beef industry is simply allowed to fall by the wayside. Yet, the industry is fighting back with new science on the nutritional superiority of meat protein to plant-based alternatives and the overall health benefits of meat consumption.

From an environmental and climate sustainability perspective, Ireland’s low-intensity grass-based production gives our beef sector a lot of important differentiators to beef production in other parts of the world. It may be traded as a commodity but it’s obvious that not all beef is produced equal.

Recognising the challenges facing the sector and the need to accentuate our different production system, Ireland’s beef industry came together in 2017 to fund a new collaboration called Meat Technology Ireland (MTI).

Together, these companies account for 85% of the beef and sheep meat processing on the island of Ireland. The research partners collaborating in MTI include the Irish Cattle Breeding Federation (ICBF), TU Dublin, University College Cork, Dublin City University and University College Dublin.

Led by Dr John Colreavy, MTI is the only research centre of its kind in the northern hemisphere that focuses solely on innovation and R&D in meat. While MTI focussed on projects relating to areas such as genetics, meat tenderness and health, Colreavy says the organisation is now focused on developing sustainability further in its research work.

Our first academic publication in 2017 represented the start of both the intent and direction of MTI in making a contribution to sustainable beef production. Our researchers recognised that apprehension among consumers was mounting on the efficiency by which cattle convert feedstuffs into human edible protein and energy, as well as the consequential effects on the environment,” says Colreavy.

“The objective of that first study from one of our Lead PIs, Donagh Berry was to quantify the phenol-typic and genetic variability in the age at which cattle reach a pre-defined carcase weight and subcutaneous fat cover. The researchers contended that there is a large exploitable genetic variability that exists to shorten age at slaughter in cattle,” he adds.

The initial research from MTI showed a difference of 150 days for the fastest and slowest growing 10% of cattle to reach the same carcase weight and fat cover. The research showed that up to 26% of this 150-day difference was down to genetics, meaning there is huge potential for efficiency gains within individual cattle breeds.

“Assuming the (genetic) variability in the number of days from birth to reaching a desired carcase specification can be exploited without any associated unfavourable repercussions, considerable potential exists therefore to improve not only the (feed) efficiency of the animal and farm system, but also the environmental footprint of the system,” says Colreavy.

“The beauty of this approach relative to strategies that select directly to feed intake, complex enteric methane emissions, is that data at age-at slaughter are readily available from the MTI processing companies in addition to the yield of the animal,” he adds.

MTI’s research aims to identify and unlock the most efficient genetic traits in the Irish beef herd. This will allow farmers to produce more beef from less, which will in turn improve farm efficiency and profitability, as well as lowering the environmental and carbon footprint of Irish beef even more.

By pooling resources into MTI, Irelands meat processing industry has given itself a strategic competitive advantage that will allow it to tell a very positive story for the sustainability of Irish beef production based on hard science.

Painting a new direction for the Irish beef sector